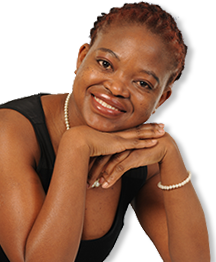 Sukoluhle is a Nguni name that means “Beautiful Day”. The 23rd of June 1978 is the beautiful day in which I made my debut into this world in the city of Bulawayo. I started my primary schooling at Tennyson which I completed at Carmel. It is here that my inclination towards writing began to show at the age of 10 when I would cut out pictures from magazines and write little excerpts about the men and women in the pictures. I did my secondary schooling at Girls College which is where my writing really took root. I was 13 when I penned my first novel titled “Crazy Over You” inspired by the Sweet Valley High series which is what I was reading at the time. My interest in writing was further nurtured throughout high school where I wrote a lot of poetry. This passion was reflected in my participation in poetry competitions for which I won several awards and accolades. However paradoxically, it is prose, namely fiction writing that has captured my heart.

On completing my Cambridge A Levels it was my intention to study Journalism but at that time there was no such degree on offer in any Zimbabwean institution of higher learning. So ironically I found myself reading towards a degree in Finance at the National University of Science and Technlogy. I later completed a Masters Degree in Finance and Investment at the same institution. I have a career spanning over 10 years in finance and investments, and over 5 years in economic development consulting. My career in finance never stifled my creativity as I continue to write after hours to escape the drudgery of economic shop talk and financial markets.  I was a freelance writer for the ‘Steaming Off’ column in the Sunday Mail, a local weekly in Harare. The column is something akin to the Carrie Jones column in ‘Sex and the City’. Many of my articles, concerning love and relationships were popularly received. I got a lot of responses through my email as total strangers poured out their hearts to me about personal ordeals they were going through. Some merely posted suggestions that I should write a book. By this time I had written several books, none of which have been published. #AFamilyAffair is one such manuscript which finally saw the light of day in 2020. I plan to redevelop a lot of my older manuscripts in the coming years.

I relocated to Johannesburg in 2008 which is the same time when my characters in #TheGoldDiggers embarked on the journey to South Africa. My move here precipitated in me pursuing the idea to get published more vigorously because there was a more vibrant literary and publishing industry in South Africa. Hence my debut novel, #ThePolygamist was published in 2012 marking the beginning of my journey as a published writer.